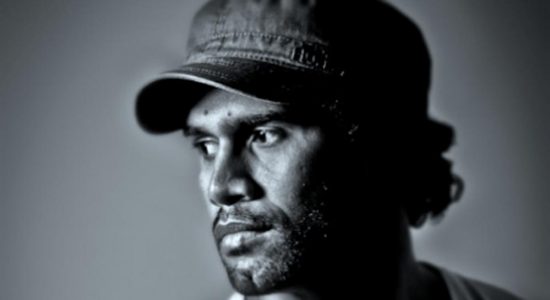 AFL SportsReady’s Indigenous team each brings a high level of personal experience and achievements to their role.  Four perfect examples of this are Matthew Whelan, Aaron Davey, Xavier Clarke and Eddie Sansbury.  Matthew, Eddie and Xavier have all achieved excellence in their sporting careers, having all played for the Australian Football League (AFL).  Aaron is a current highly popular professional AFL  player, working with the Melbourne Football Club.  The level of professionalism and experience that these guys are able to bring to the AFL SportsReady team and to the young people that they work with is what sets AFL SportsReady apart from the rest.

Matthew Whelan was born and raised in the Northern Territory and is a proud of his Aboriginal heritage. Matthew, or Wheels or Wrecker as he is know, was the first Indigenous playing life member of the Melbourne Football Club.  Representing the Indigenous All Stars team is the highlight of his playing career. When Matthew first joined the Melbourne Football Club he was mentored by Jeff Farmer and Scott Chisholm, who provided him with invaluable mentoring and support and following their retirement, Matthew provided the same mentoring and support to new Indigenous players joining the club, some included, Aaron Davey, Austin Wonamearri, Liam Jurrah, Byron Pickett and Shannon Motlop.  Following his AFL football career, Matthew joined AFL SportsReady as an Indigenous Mentor and enjoys the interaction with young Indigenous kids across Victoria.  He enjoys watching the trainees grow as individuals and knowing he has played a small part in that.

Aaron Davey is a current player at the Melbourne Football Club and has been playing in the AFL for over 9 years.  “ I have a real passion for helping Aboriginal & Torres Trait Islander people and understands the challenges they face.”  After realizing that he had become a role model to young Indigenous people, Aaron decided he wanted to help influence Aboriginal & Torres Strait Island people’s lives for the better.  This led to Aaron undertaking a Next Goal work placement at AFL SportsReady in the Indigenous Employment team.  He is currently working on a Career Transition Pathways project for  current listed  Indigenous AFL  Players.  The project aims to assist players in gaining experience in the work industry and ensures they have enough skills & qualifications for life after their AFL careers.

Xaviar Clarke is working with current Indigenous players through the AFL SportsReady Next Goal program and Sporting Trade Skills.  Along with Matthew Whelan and Aaron Davey, Xavier has developed an Executive Certificate education program. Xavier is also promoting traineeship pathways for school-based traineeships at many Indigenous events “Working on improving the career opportunities of young Indigenous people is something close to my heart, I have been fortunate to have opportunities myself and really enjoy seeing others become empowered.”

Eddie Sansbury is a proud Narungga man from the Yorke Peninsular in South Australia. Eddie was fortunate to play with the North Melbourne Kangaroos from 2004-2008.  Following his time at North Melbourne, Eddie joined AFL SportsReady and has been the South Australian Indigenous Mentoring consultant for over 3 years. “AFLSR has been a perfect fit for me because of the fact that I spend a lot of time mentoring and helping young Aboriginal kids achieve there goals and make the most of every opportunity.”